Recipes made in Baja California are plenty, as people from all over Mexico have come to the border cities to live, and thus have brought their culinary traditions with them.

Fishermen south of Rosarito in the 1950’s used to combine what they had in their homes -rice and beans- with that they got from the ocean: Lots of fresh lobster. Then they came with the idea of combining the lobster with sides of red rice, refrid beans, and gigantic fluor tortillas. Now it is the sensation south of Rosarito, where thousands of people visit each weekend Puerto Nuevo, now a gastronomic district with dozens of restaurants, all serving the same dish.

Who wants a Margarita?

The saying is that Ms. Margarita King got a gift in form of a recipe for a delicious refreshing beverage, created by the bartender of her owned cantina, at what was the most luxurious beach resort of Mexico between 1930 and 1938, the Riviera del Pacifico Hotel and Casino.  Today, thousands of cruise travelers get off the cruise ships to take a tour to the old bar to get a tasting of the tradicional Margarita.

Yes, we have a mexican pizza, it is a pizza made with -of course- beans, jalapeno chili, chorizo or pork sausage, and bacon. The recipe was created at one of the most traditional italian style restaurants in Tijuana: The Giuseppi’s.  Next time you are in Tijuana, go for a mexican pizza.

The Clam and Tomato Cocktail

Once upon a time, at the Acueducto bar inside the Lucerna Hotel in Mexicali City, the bartenders invented a mix of tomato sauce and clam and it became a delicious sensation. Then the recipe was patented in New York and the Clamato Cocktail became famous.

Chef Cesar Cardini created the original recipe for the Caesar Salad in Tijuana in the 1930’s, while having to serve dinner for some very special guests very late at night, when there was almost nothing left at his kitchen. He mixed the present ingredients and the salad became a sensation. The guests came back and asked for the salad again and word of mouth made the salad world famous.

Called in spanish “chorizo de abulon”, is one of the delicious recipes created in Baja California, specifically from the Isla de Cedros in the Pacific Ocean, very near to Guerrero Negro, where fishermen have extracted abalone for years and came with the delicious idea.

Is the top gastronomic concept of high cuisine in Baja California. Created by Chef Miguel Angel Guerrero, is now widely adopted by most gourmet restaurants and it is based in using only locally grown ingredients of Baja California, and cooking them to the mediterranean style.

When Visiting Baja California, taste some of these delicacies: The Ensenada’s fish tacos, the Tijuana Asada Beef Tacos, The Chinese Food of Mexicali, The great Bakery of Tecate, and La Guerrerense Tostadas in Ensenada, a seafood cart which serves some of the best street food of the world as Newsweek said a years ago.

Come to taste the delicious flavors of Baja! Take a Tour with us! 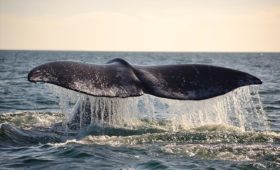 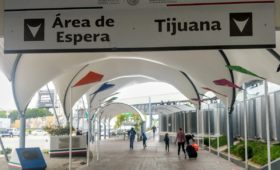 Best Pickup Location at the Border in Tijuana 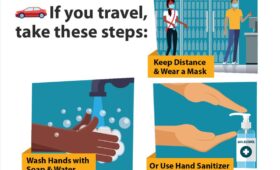